Brett Howden is stuck in Rangers no man’s land 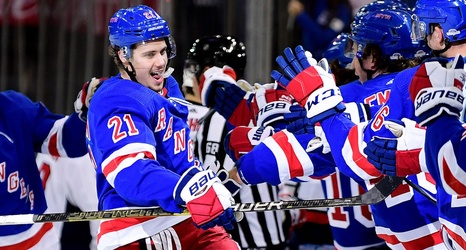 So the Rangers’ young men — and Henrik Lundqvist and Marc Staal, too — head west for four games beginning with Sunday’s match in Las Vegas before taking the three-city tour through California.

When the trip concludes next Saturday, perhaps David Quinn and the front office will have a better idea of how to handle Brett Howden, now stuck in the Lias Andersson role as fourth-line center on a team that only occasionally uses its fourth line.

Mika Zibanejad’s return from his 13-game absence most certainly has improved his team’s talent level. But No. 93’s reintroduction into the lineup has muddled personnel combinations that had pretty much remained intact through that baker’s dozen of matches in which the Blueshirts went 8-4-1.