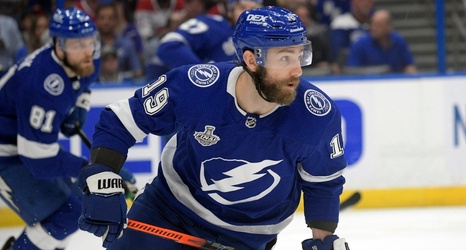 Barclay Goodrow is well aware of who he is as a hockey player, and he promised Friday that is exactly who he will be for the Rangers, who signed him to a six-year, $21.85 million deal on Thursday.

"I'm not signing here to be a player that I'm not,’’ Goodrow said on a Zoom call introducing him to the local media. "I'm not a guy who's going to score 30 goals or put up a ton of points.