As more defensemen succeed away from the NY Rangers, the seat under Lindy Ruff gets hotter 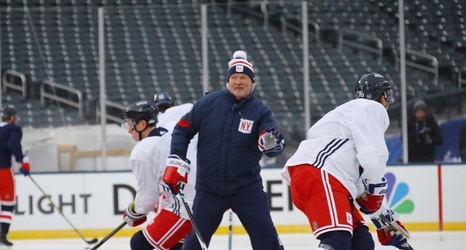 Lindy Ruff joined the Rangers prior to the 2017-2018 season. In the time that Ruff has been with the Rangers, we’ve seen three blue liners either traded or bought out by the Blueshirts: Ryan McDonagh, Kevin Shattenkirk, and Neal Pionk. Every single one of them, at least partly, succeeded away from the Rangers.

Starting with Ryan McDonagh, the first to depart via trade, his first full season away from the Rangers and Ruff saw him put up a 50.06 CF% and 52.60 xGF%. Those numbers were up significantly from his last season with the Rangers, where he was a sub-50% in both stats.