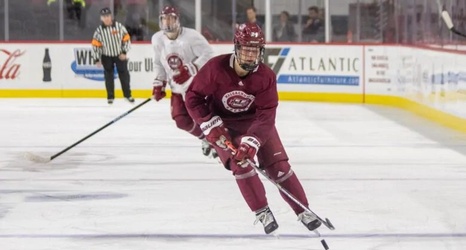 Zac Jones and UMass have won the Frozen Four, defeating St. Cloud State in the finals yesterday. Jones was magnificent throughout the tournament, gaining nationwide praise for his play in all three zones. There are rumblings that the Rangers may want to bring him over, but he’s said before he wants to return for his Junior season.

In the AHL, it’s time I added Ty Ronning to the list of prospects to track. He was a guy that I had pegged as a great value pick in the 7th round in 2016, but some attitude concerns stunted his growth.