Amid Isles' COVID outbreak, Rangers' Mika ZIbanejad 'trusts' that it is OK for game to be played 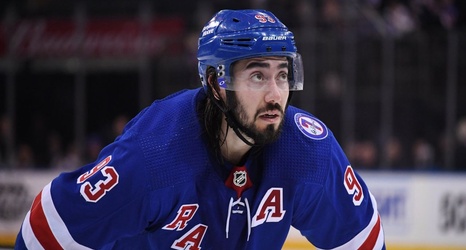 Rangers center Mika Zibanejad, who had COVID at the start of last season, and who was forced to miss practice Saturday after getting a false positive test for the virus, said he was not especially uncomfortable playing a game against the Islanders, who are battling a COVID outbreak.

"It’s not really up to us to decide to play, or not,’’ Zibanejad said after the Rangers’ morning skate at UBS Arena. "We just trust that everything is being taken care of, and just focus on the game, and we’ll go from there.’’

The Islanders had seven players on their roster unavailable because they were in COVID protocol, and GM Lou Lamoriello said Tuesday the team had spoken to the NHL about whether the league would postpone Wednesday’s game against the Rangers.