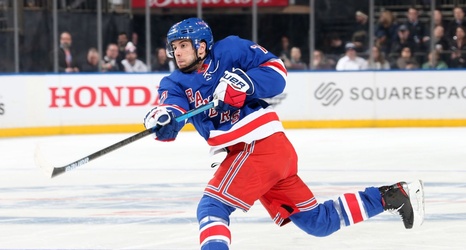 DeAngelo was an restricted free agent but he is now committed to the New York Rangers for at least 2019-20 after signing a one-year, $925,000 deal – the same terms given to forward Brendan Lemieux.

It has been a long time coming and the Rangers were certainly not helped in negotiations by their salary cap constraints, but they were able to eventually hammer out a contract and they will enter the year $235,201 under the salary cap ceiling of $81.5 million for 2019-20.

DeAngelo’s signing wraps up what was a busy and blockbuster off-season for the Rangers, who will head into the regular season with all of their key men in place and a plethora of shiny new weapons.