All Star coach Knoblauch guiding the Pack to success 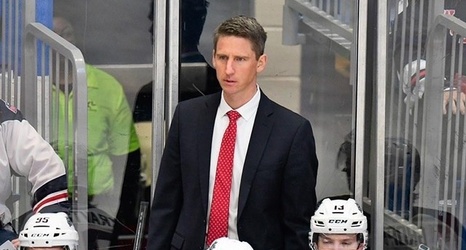 After missing the Calder Cup Playoffs for the 6th time in the last 7 years dating back to the then Connecticut Whale, it was obvious that the culture surrounding the top affiliate of the New York Rangers was in desperate need of an overhaul. Among those changes were the dismissal of head coach Keith McCambridge and assistant coach Joe Mormina after a 2018-19 season that saw the Wolf Pack finish dead last in the Atlantic Division for the 2nd time in 3 seasons.

When Rangers President John Davidson announced that more emphasis would be put toward fielding a winning team here in Hartford under his watch, many knew that when the time came to announce a new bench boss for the Pack, it wasn’t going to be made overnight.