Alain Vigneault Never Blamed Himself And It Got Him Fired 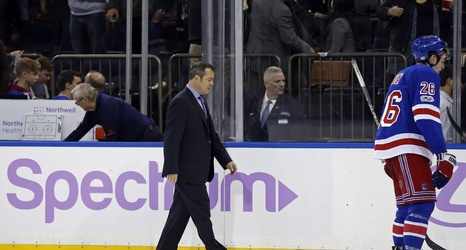 Alain Vigneault had to have felt the heat. After the Rangers were embarrassed in their regular season finale in Philadelphia, Vigneault went on an alleged unsolicited post-game speech about how good of a job the coaching staff had done for the team, and how it was one of the organization’s strongest assets moving forward.

Fitting that would be the final thing he had to say to the public as the man behind the Rangers’ bench, because in the five years he spent on Broadway he never did end up finding a single thing to blame himself for.