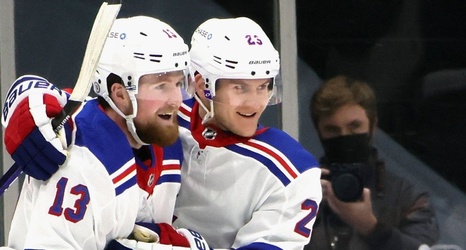 IIf there was one bummer for the Rangers in Friday’s 4-1 win over the Islanders, it was that Long Island’s Adam Fox had his point-scoring streak end at 12 games.

Fox had the longest active streak in the NHL and it was the longest by a Rangers defenseman since Brian Leetch had a point in 14 straight games in 1996-97. The Jericho native still is tied with Tampa Bay’s Victor Hedman for the lead in scoring among defensemen with 37 points.

Rangers coach David Quinn said before the game he hadn’t decided whether to move rookie Vitali Kravtsov from the fourth line to the second line, with Artemi Panarin and Ryan Strome.