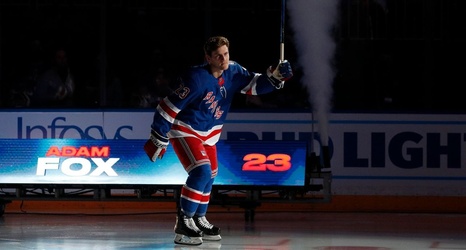 There were so many great plays that Adam Fox made on Thursday night at Madison Square Garden in the Rangers’ 3-2 overtime loss to the Dallas Stars in their home opener. Plays where Fox showed off his insane skill and vision on the ice; plays where he simply took the puck away from a guy, or kept it away from a guy, or then found some inventive way to deliver a sweet pass to a teammate to set up a scoring opportunity.

Fox, the reigning Norris Trophy winner as the NHL’s best defenseman, even scored the Rangers’ first goal at 8:43 of the second period.