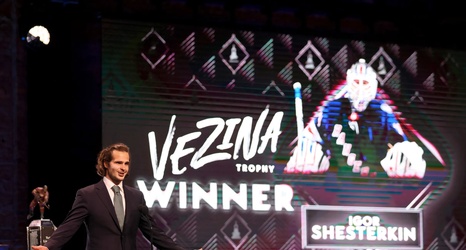 Coming into the 2021-22 New York Rangers season, expectations for the soon-to-be 26-year-old Igor Shesterkin were pretty high. The Russian goaltender finished the prior campaign with a .916 save percentage and 2.62 goals-against average (GAA) in 35 appearances, while also posting a goals-saved-above-expected (GSAx) total of 4.73 (per Evolving Hockey, score-and-venue adjusted), which ranked 16th in the league. Following the high bar he set with his eye-opening 12-game stint in 2019-20 (which featured a .932 save percentage), Shesterkin’s 2020-21 season might have felt like a bit of a letdown, even though it was very solid. He also missed some time with a groin injury but still ended up playing the majority of the shortened 56-game season.