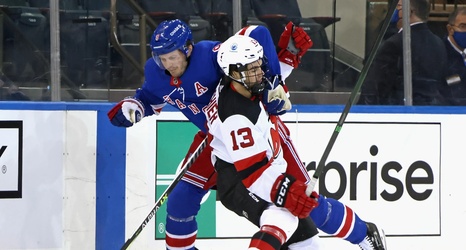 All eyes were on defenseman Jacob Trouba in 2020-21 after scoring seven goals and picking up 20 assists in an altogether underwhelming first season in New York. Fans and the front office wanted to see him live up to his seven-year, $56 million contract that comes with an $8 million cap hit.

We all know what Trouba was supposed to be when the Rangers traded for him and signed him to his big contract. He was supposed to be the centerpiece and leader of a new blue line in New York — a top-pair, right-handed franchise stud.