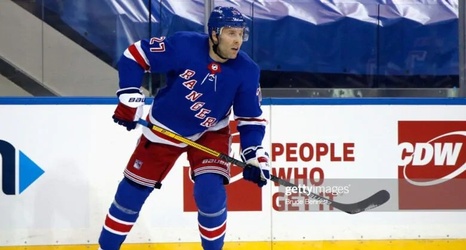 When the Rangers signed Jack Johnson, it was ridiculed more or less across the board. Most knew that he was a pretty big negative on the ice, and few were in disagreement there. The hope was that Johnson would provide some off-ice leadership in the locker room for a young team. He was also supposed to serve as the 7D, maybe getting in about half the games this season.

Much like with Libor Hajek, we know how that played out. The Rangers had drama and injuries, and Johnson wound up playing regularly through January until his lower body injury in February.