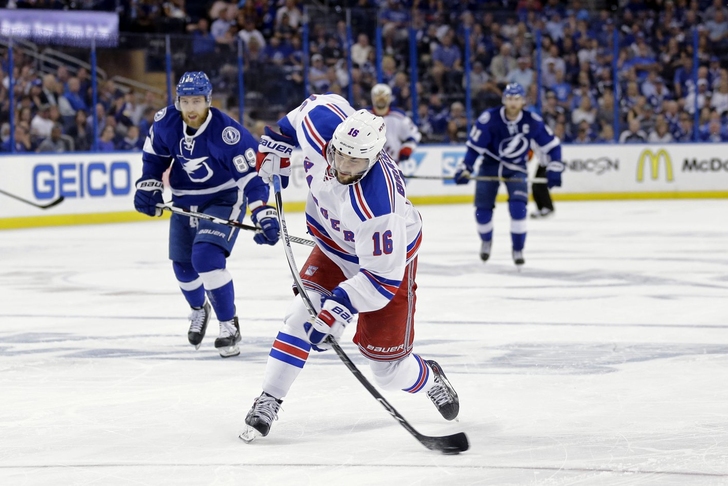 Nothing was decided in the first six games of the NHL Eastern Conference Finals, so it all comes to Friday's winner-takes-all Game 7 showdown between the Tampa Bay Lightning and NY Rangers at Madison Square Garden.

Will the Lightning advance to the Stanley Cup Finals for the first time in over a decade? Or can the Rangers make magic again and return to the big stage for the second-straight year? Here's our sneak preview of tonight's festivities in the Big Apple.

Stamkos has long since been on the fringes of the "best NHL player" conversation, and it initially seemed like his four-straight goals in Games 2 thru 5 were going to be his springboard to the ultimate proving ground, the Stanley Cup Finals. However, after a dismal Game 6 where he posted a -2 plus/minus, now is the time for Stamkos to match his talent with a performance that will be remembered forever in franchise lore.

We were thinking about giving Rick Nash the nod here, but who're we kidding? The Rangers go as Lundqvist goes. With the team's offense stuck in a perpetual cycle of on-again, off-again, it's Henrik's timely heroics in front of the cage which have propelled this team from playoff also-ran to championship contender. If he stands on his head one more time in Game 7, Broadway will likely have plenty to celebrate tonight.

Keep your eye on the effort plays early on. The Rangers outhustled the Lightning to nearly every loose puck in their Game 6 road victory, but it was Tampa who sacrificed themselves for over 20 shot blocks in a crowd-killing Game 5 victory at MSG. Whoever does the little things the best and the earliest will be in the driver's seat.

The Western Conference Finals is getting its just desserts as one of the greatest conference finals in league history, but this topsy-turvy series has been no slouch in the drama department either. Home-ice advantage and a "been there before" attitude gives the Rangers the nod, albeit in nail-biting overtime fashion.