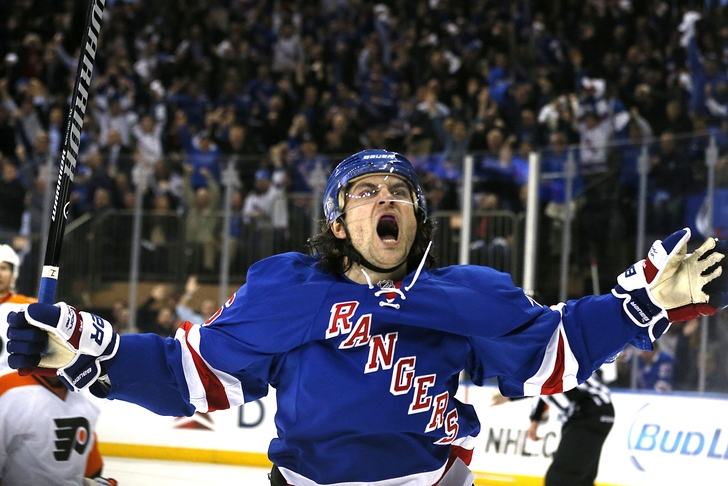 Just 24 hours ago, NY Rangers left wing Mats Zuccarello appeared destined to be shipped out of town before Monday's NHL trade deadline. Now it appears that the upcoming unrestricted free agent could be donning a Rangers uniform for years to come.

Today it appears the Rangers and Zuccarello are nearing an agreement on a four-year, $18 million extension.

According to The Daily News, the only thing now holding up the deal is negotiations on a no-trade clause.

Zuccarello, 27, is currently on a one-year, $3.5 million contract with the Rangers. However, his sterling plus-13 rating and 23 points (12 goals, 11 assists) in 59 games for New York this season have increased his value both in-house and when it comes to trade suitors around the league.

Details of the potential extension have yet to be leaked, so stay tuned to our New York Rangers team page for more as additional information is made available.