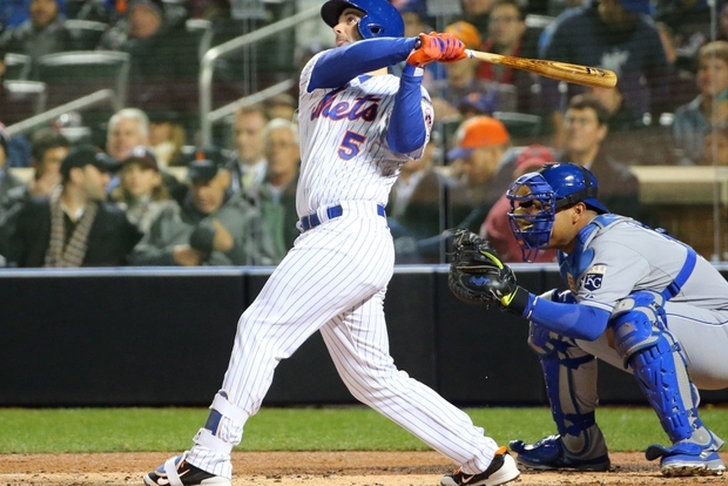 Down 2-0 in the World Series and in desperate need of a win, the New York Mets rose to the occasion with a 9-3 win over the Kansas City Royals.

The No. 1 and 2 hitters led the way for the Mets' offense. Leadoff man Curtis Granderson was 2 for 5 with two RBIs and three runs scored. David Wright was 2 for 5 with four RBIs. In his first World Series at-bat at home, Wright blasted a two-run shot.

Mets starter Noah Syndergaard allowed three runs in the first two innings, but settled down after that. Syndergaard went 6 innings, allowing three earned runs on two walks and seven hits. He struck out six batters and pitched himself out a two-out, bases loaded jam in the sixth inning that could have completely changed the game.

The Royals did not get the start they were hoping for from Yordano Ventura, who went only 3.1 innings. Ventura gave up five earned runs on seven hits and one walk. The Royals used six pitchers in the contest, although three threw less than 17 pitches. Reliever Franklin Morales had a disastrous performance, recording only one out and allowing four runs.

It was the Royals who actually struck first, thanks to an RBI from Eric Hosmer. The Mets responded in bottom of the first, via Wright's two-run blast. Kansas City plated two runs in the second inning, before the Mets took a 4-3 lead in the third on a Granderson two-run home run. The Mets added one run in the fourth, before piling on four more in the sixth to give themselves a 9-3 lead.

Game 4 of the World Series is set for 8:07 p.m. ET Saturday in New York. The Mets will start Steven Matz, while Chris Young is on the mound for the Royals.