Yoenis Cespedes 'not 100 percent,' but 'doesn't hurt him to swing' 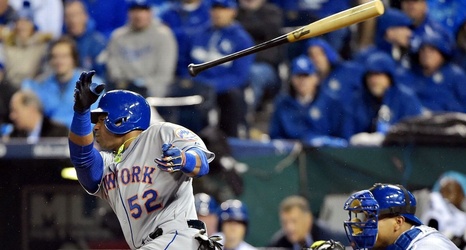 NEW YORK -- New York Mets outfielder Yoenis Cespedes injected the team's offense with life when he arrived in a July 31 trade with the Detroit Tigers.

However, he's now 1-for-10 during the World Series.

Is the left shoulder injury that forced him to depart Game 4 of the National League Championship Series a factor in his struggles?

"He tells me, even though it’s not 100 percent, he says it doesn’t hurt him to swing at all," Collins said before Game 3 against the Kansas City Royals on Friday.