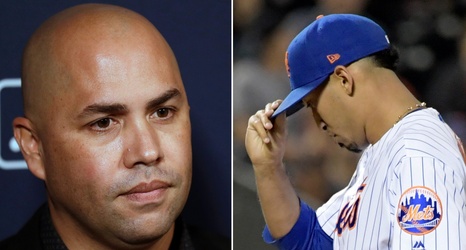 SAN DIEGO — Carlos Beltran stopped just short of naming his closer to begin next season, but it was clear Tuesday in which direction the new Mets manager is leaning.

Edwin Diaz may have flopped in 2019, but the Mets didn’t trade a significant portion of their future last offseason to give up on him so quickly.

“They hired him before I got here to be the closer,” Beltran said at the winter meetings. “So that’s something that we have to talk about.”

The Mets were prompt in mobilizing after the season, sending a group that included a nutritionist, physical therapist and strength and conditioning instructor to Puerto Rico, with the idea of getting Diaz right.