What Mets’ trade package for Josh Hader could look like 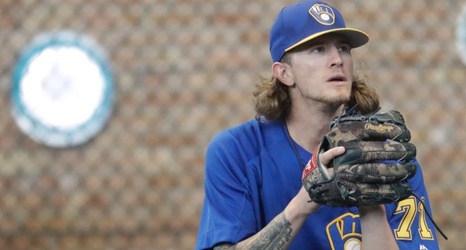 From Hades to Hader?

As the Mets search for possibilities to upgrade a bullpen that performed at a hellacious level last season, Josh Hader’s name is among the most intriguing, and team officials are interested, according to an industry source. But the level of that interest remains unclear.

Ken Rosenthal of The Athletic reported on Monday that Milwaukee will listen to offers for the fire-balling lefty, a former CAA client of general manager Brodie Van Wagenen’s. Hader, 25, has pitched to a 2.52 ERA over the past two seasons with 281 strikeouts over 157 innings.