Travis Jankowski out 6-8 weeks with a fractured finger 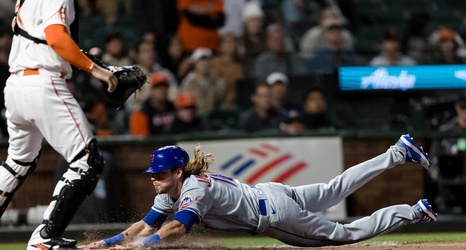 Yet another Met has been bitten by the injury bug. Mets outfielder Travis Jankowski underwent surgery today to repair a left 4th metacarpal fracture. He’s been placed on the ten-day injured list retroactive to May 26. According to Buck Showalter, he suffered the fracture while making a diving catch during Wednesday’s game against the Giants. The expected recovery time for the injury is six to eight weeks, the Mets say.

The Mets have also made a couple of roster moves ahead of tonight’s series opener against the Phillies. They have optioned Thomas Szapucki to Triple-A Syracuse.