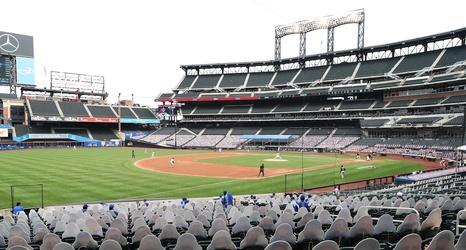 OAKLAND, CALIFORNIA - SEPTEMBER 30: Ramon Laureano #22 of the Oakland Athletics bats against the Chicago White Sox during the first inning of Game Two of the American League Wild Card Round at RingCentral Coliseum on September 30, 2020 in Oakland, California. (Photo by Thearon W. Henderson/Getty Images)

As the New York Mets look to upgrade the major league roster this offseason, there are three under the radar trades for positions of need that the organization should consider.

There is nothing more exciting than playing the role of General Manager of the New York Mets from the comfort of your couch and analyzing the many different signings as well as trades that the team should consider this offseason.