The New York Mets are $350 million in debt (Report) 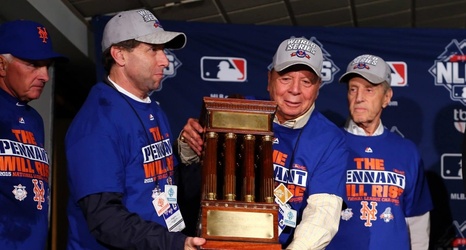 According to Mike Ozanian of Forbes, the New York Mets are $350 million in debt. That’s terrible news for everyone involved, except Steve Cohen.

The massive debt means that Fred Wilpon and Jeff Wilpon are going to be forced to sell the team. The Wilpon family is only worth a reported $500 million according to an earlier Forbes report.

They simply don’t have the capital to run the team anymore. That explains why they’ve been so hesitant to add payroll for a long time. They simply can’t afford to.