The Mets hold on to win a meaningless baseball game 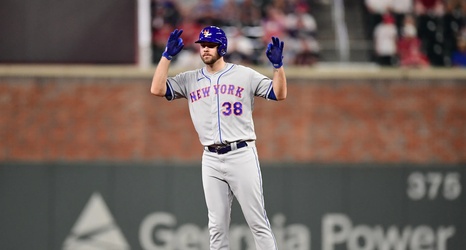 The Mets have long since been eliminated, having been officially removed from mathematical contention nearly a week ago. The Braves clinched their playoff spot last night with a win over the Phillies. So for both teams, this October baseball game was meaningless, with neither team having any skin in the game whether they won or lost. Both teams rested several regulars, so neither team had any distinct advantage. All the makings of an exciting game of baseball for most people.

In the top of the first, the Mets had three fairly quiet at-bats, with Brandon Nimmo, Francisco Lindor, and Javy Báez all striking out swinging, all three coming on twelve pitches from Huascar Yhoa.