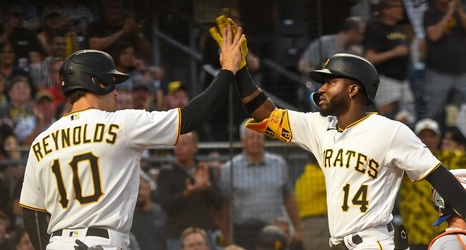 Last year, Taijuan Walker started a game in Pittsburgh after a 2-game losing streak that went a little nutty early on before coming back to win. Tonight, by the bottom of the fifth, the Mets were down four. Could this be a repeat performance?

Spoiler alert: it was not.

Things did not go the Mets’ way from the start in this game. In just the second at bat, Starling Marte was hit on the hand by a pitch by Mitch Keller and left the game. He was being sent for imaging.

Walker did not look great tonight, but wouldn’t have had a terrible night if not for a foul-pole striking two-run home run off the bat of Rodolfo Castro.