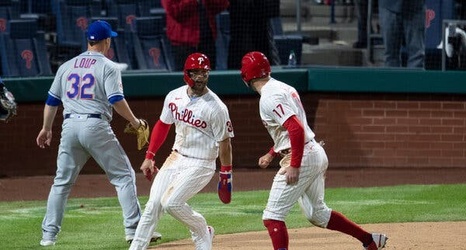 There was so much new that was on display for the Mets on Monday night — a new owner with a new superstar shortstop, a new catcher, two new relief pitchers and a new optimism for a brand-new season.

But a familiar old problem emerged late in the game that turned a potentially uplifting win into a demoralizing loss, souring the inauguration of the Steven Cohen era.

Jacob deGrom threw superbly over six strong innings and was even a force with the bat. For the first time in 60 years, a Mets pitcher had the team’s first hit of the season, and he proceeded to go 2 for 3 with an R.