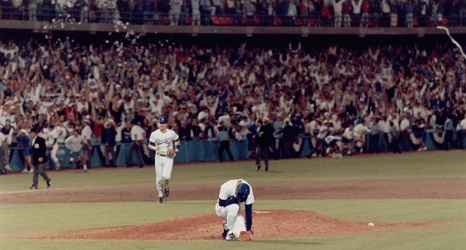 Many thought the 1988 New York Mets should have won the pennant, and there’s plenty of reason to believe it. For one, they finished the season with the National League’s best record at 100-60, fifteen games above the Pittsburgh Pirates in the East. For another, they held a 10-1 regular season record against the NL West-winning Los Angeles Dodgers, who entered the National League Championship Series as massive underdogs. But mostly, the swagger of the 1986 team that diminished in a disappointing 1987 season had returned in ‘88, giving Mets fans legitimate hope that their team could win two titles in three years.