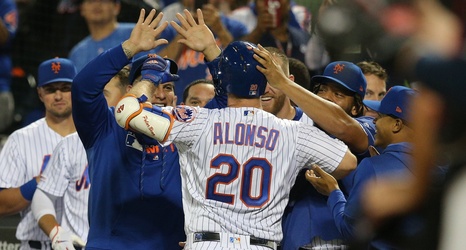 The 2020 New York Mets starting lineup comes in with plenty of potential, but one of their biggest questions will be defense. Their lineup contains plenty of power as well, which should make up for the lack of speed it holds. Here is what it should look like come Opening Day.

Wilson Ramos has hit his first home run as a New York Met. That is the tweet. pic.twitter.com/ZobGyZUhlL

Wilson Ramos is an undervalued catcher coming into Spring Training. He came off a strong year at the plate, hitting .