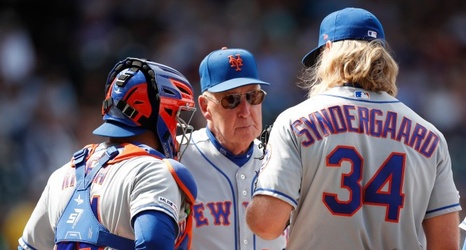 CINCINNATI — Phil Regan wore the “interim” label when he was named Mets pitching coach in June, leaving his status with the club in question regardless of results.

Mets pitchers have largely thrived under the guidance of the 82-year-old Regan, but at this point he hasn’t received assurance he will be back.

“At my age, whatever happens, happens,” Regan said Sunday before the Mets beat the Reds 6-3 at Great American Ball Park.

Regan, who spent the previous decade as a minor league pitching coach within the Mets’ system, assumed major league duties after the team fired Dave Eiland near the season’s midpoint.