Olney: Yet again, Mets' dysfunction starts at the top 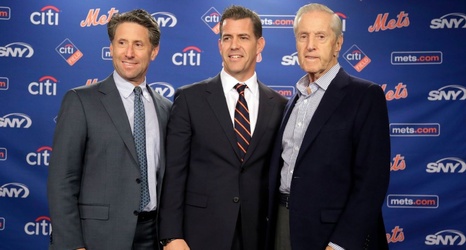 The late Gene Michael always laughed as he told stories about how he pushed back against the impetuosity of New York Yankees owner George Steinbrenner, in Michael's tenure as general manager of the team. There was the time that Steinbrenner, frustrated by the slow development of young outfielder Bernie Williams, ordered Michael to call all other teams and collect offers for Williams, and then trade him.

As Michael told the story, he cast a wide net of phone calls as ordered -- and talked about a lot of stuff, but never about Bernie Williams. Then he dutifully reported to Steinbrenner that yes, he had spoken to every team, but didn't get a single offer for the center fielder.