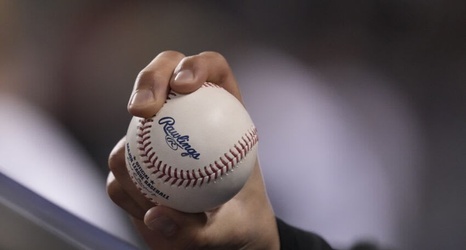 MIAMI, FLORIDA - AUGUST 02: A detailed view of the Rawlings baseball being held by Pablo Lopez #49 of the Miami Marlins during the game against the New York Mets at loanDepot park on August 02, 2021 in Miami, Florida. (Photo by Mark Brown/Getty Images)

Cole Gordon caught my attention when I saw he had won the Northeast Pitcher of the Month Award for August. In four starts for the New York Mets Double-A affiliate Binghamton Rumble Ponies, Gordon pitched 26 innings without allowing an earned run.

This Orel Hershiser-like stretch has landed him on the radar as one of the next Mets minor league pitchers to keep a close eye on.