NY Mets: Looking back on the career of Bud Harrelson 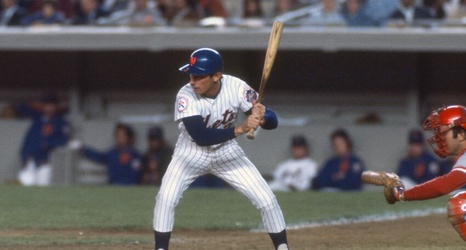 NEW YORK - CIRCA 1976: Infielder Bud Harrelson #3 of the New York Mets bats against the Cincinnati Reds during a Major League baseball game circa 1976 at Shea Stadium in the Queens borough of New York City. Harrelson played for the Mets from 1965-77. (Photo by Focus on Sport/Getty Images)

In 1969, the New York Mets shocked the world and went from being the laughing stock of baseball to winning the World Series. In their first seven years of existence, the Mets finished in 10th place, five times, and in 9th place, twice.

The team’s future was starting to look much more promising with a group of young and talented players that were beginning to make the transition to the major leagues.