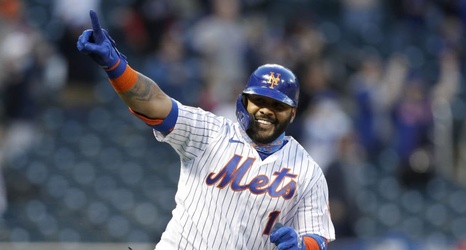 NEW YORK, NEW YORK - APRIL 13: (NEW YORK DAILIES OUT) Jonathan Villar #1 of the New York Mets reacts after his game winning base hit in the eighth inning against the Philadelphia Phillies at Citi Field on April 13, 2021 in New York City. The Mets defeated the Phillies 4-3 in eight innings. (Photo by Jim McIsaac/Getty Images)

When the New York Mets had signed utilityman Jonathan Villar late this past offseason to a one-year $3.55 million deal, it was widely expected for the 30-year old veteran to play more of a complementary role off the bench more than anything.