NY Mets hit a snag in 1974 during our historical simulation 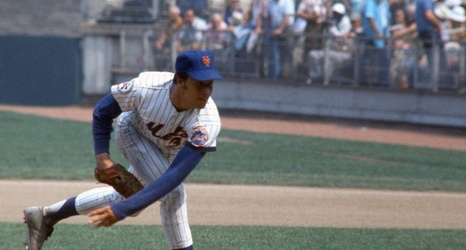 NEW YORK - CIRCA 1977: Jon Matlack #32 of the New York Mets pitches during an Major League Baseball game circa 1977 at Shea Stadium in the Queens borough of New York City. Matlack played for the Mets from 1971-77. (Photo by Focus on Sport/Getty Images)

The 1974 virtual New York Mets enter the year in a playoff drought and finish much worse than expected.

The 1970s have been much kinder to our beloved virtual New York Mets with a championship in 1971 and lots of contending seasons around it. Although the 1974 Mets will begin the year without appearing in the postseason for two straight seasons, things could change.