NY Mets: An all-time great trade deadline in the summer of 2015 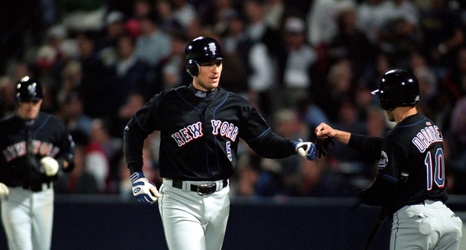 NEW YORK, NY - AUGUST 29: Yoenis Cespedes #52 of the New York Mets in action against the Boston Red Sox at Citi Field on August 29, 2015 in the Flushing neighborhood of the Queens borough of New York City. The Red Sox defeated the Mets 3-1. (Photo by Jim McIsaac/Getty Images)

The New York Mets have very rarely been buyers at the trade deadline over the last 20 years or so. One of these rare instances came in 2015, the year they would eventually go to the World Series. That trade deadline is the best in the history of the franchise.