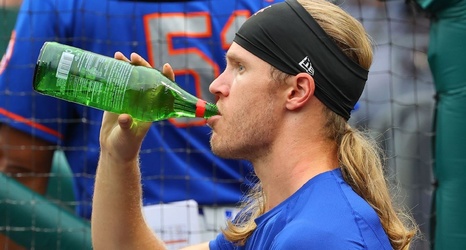 NEW YORK -- Noah Syndergaard is scheduled to pitch Tuesday night for the New York Mets, returning to a major league mound for the first time in two years and completing his long comeback from Tommy John surgery.

The right-hander was reinstated from the 60-day injured list and will start the second game of a single-admission doubleheader against the Miami Marlins at Citi Field. The skidding Mets announced the move about 2 1/2 hours before the first game.

Syndergaard can become a free agent after the season. His return comes too late to help the 2021 Mets, who were eliminated from playoff contention last weekend.