No Bauer or Springer? How the Mets addressed their biggest roster need without a free-agent splash 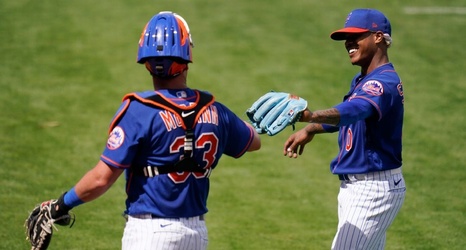 New York Mets fans, riding the wave of new owner Steve Cohen's money and enthusiasm, began the offseason hoping to end up with at least two players -- and dreaming on three -- from the group of Francisco Lindor, Trevor Bauer, J.T. Realmuto, George Springer and DJ LeMahieu. The Mets landed only Lindor, via a blockbuster trade with Cleveland, while the four free agents signed elsewhere, leaving some Mets fans disappointed that the winter overhaul wasn't a little more dramatic.

Still, the Mets acquired one of the best all-around players in the game in Lindor and a very good starting pitcher in Carlos Carrasco, and thanks to the signings of 10 major league free agents, they enter the 2021 season with a much better, deeper roster than they've had in recent years.