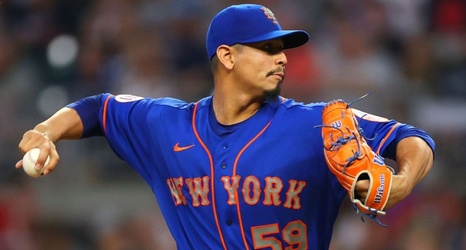 New York Mets right-hander Carlos Carrasco has been diagnosed with a low-grade left oblique strain and could miss three to four weeks, the team said Tuesday.

Carrasco underwent an MRI on Tuesday morning after he left Monday's loss to the Atlanta Braves with left side tightness.

Carrasco allowed three runs in two innings against the Braves, and his outing was interrupted by a 55-minute rain delay in the second inning. He returned after it to get the final out of the inning, but he winced on his last pitch and was pulled from the game.