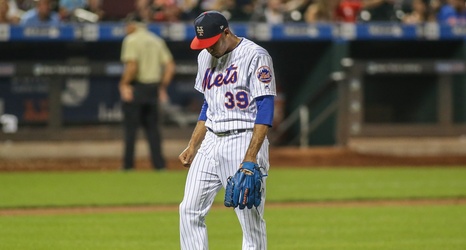 Last season, the New York Mets thought they had finally found the answer at the closer position in Edwin Diaz. The defending American League saves leader was included in the blockbuster deal with the Seattle Mariners that made Robinson Cano a Met.

It couldn’t have gone any worse for Diaz and the Mets. He not only couldn’t get batters out, he was actually losing the Mets games they had locked up. It was evident in July that Diaz was not the same pitcher the Mets traded for. David Roth of Deadspin (bow head) wrote the following on July 8:

“He has already allowed more home runs and earned runs in 37 appearances than he gave up in 73 last year, and is allowing more than twice as many hits-per-nine this year as he did last; his ERA+ has gone from 210 to 74, which is striking even if you do not understand quite how that statistic works.