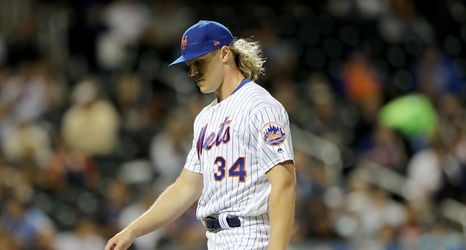 This past season was not kind to New York Mets pitcher Noah Syndergaard as he struggled for the first time in his career. Between physically struggling on the mound in his worst season to date and getting caught up in who he wants to catch his games, it was not a pretty year for Thor.

Although Syndergaard was healthy the entire season and recorded his most games started and most innings logged, he struggled to a 4.28 ERA. That is not a terrible ERA by any means, but for a guy who is expected to be the second ace behind Jacob deGrom, it is not good enough.