Mets news you may have missed: Contracts, meltdowns, and old Heroes 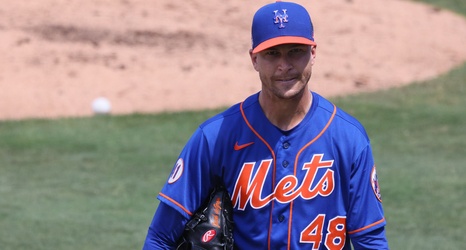 JUPITER, FLORIDA - MARCH 17: Luis Rojas of the New York Mets looks on against the Miami Marlins prior to a Grapefruit League spring training game at Roger Dean Stadium on March 17, 2021 in Jupiter, Florida. (Photo by Michael Reaves/Getty Images)

After a delayed start to the season, the New York Mets were back on the field this week. Unfortunately, they played like the same old orange and blue.

While it may be a new year, new team, new owner and front office – the problems of the past persisted in their opening series against the Philadelphia Phillies.