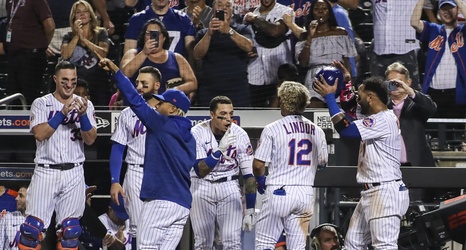 Francisco Lindor homered and whistled his way around the bases three times as he Earned His Pinstripes™©® in the Mets’ 7-6 win in the Subway Series rubber match against the Yankees.

In response to the Yankees *****alleged***** sign stealing via whistles, Francisco Lindor punctuated his three-homer night by entering the Michael Jordan Zone.

Jacob deGrom may throw off of a mound at some point this week and it that goes according to plan, a return near the end of the season is on the itinerary.