Mets: Matz’s Thursday start scratched due to back stiffness 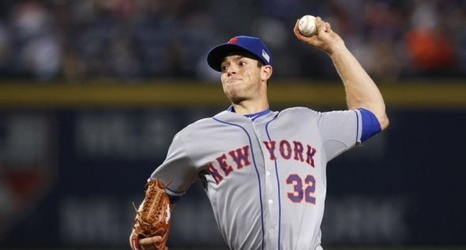 New York Mets LHP Steven Matz has been scratched from Thursday’s start due to continued stiffness in his back, Terry Collins said.

According to Collins, either Sean Gilmartin or Tim Stauffer will get the start on Thursday against the Phillies.

On Tuesday, Matz had his start pushed back from Wednesday to Thursday due to a stiff right side that he had after sleeping on it the wrong way. According to Mets GM Sandy Alderson, the issue was improving, and Matz was not scheduled to have any tests on his side.