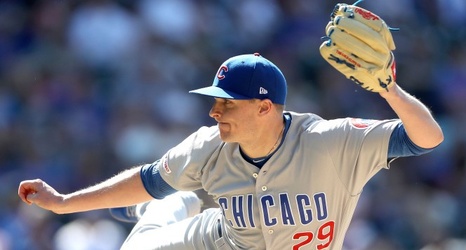 Brad Brach shook off an ugly first half in Baltimore last season and pitched well down the stretch after being traded to the Braves.

The Mets are looking for a similar turnaround from the right-hander who signed with them on Thursday after being released by the Cubs on Monday.

The Freehold, N.J. native blamed his ugly numbers primarily on two bad outings against the Rockies in June — one in Chicago and the other in Colorado — when he allowed a combined eight runs in one inning of work.

“I kind of went on a tailspin from there,’’ Brach said before the Mets’ 7-6 win over the Nationals on Friday night at Citi Field.