Mets Fan Suing Team After Being Injured By T-Shirt Cannon 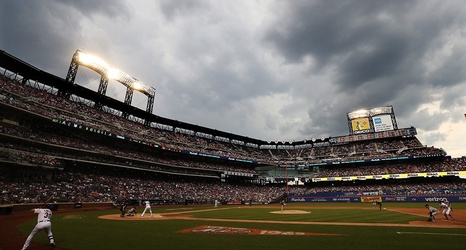 NEW YORK (CBSNewYork) — A New York Mets fan who says he took a direct hit from a t-shirt cannon is now suing the team.

Alexander Swanson was at a home game in June with his sons when the accident happened.

Swanson’s attorney says he was in the front row when he was hit.

The impact left the father of three with a severe eye injury and a concussion.

Swanson is now calling for the team to stop using their t-shirt cannon.

The Mets have not commented on the matter.