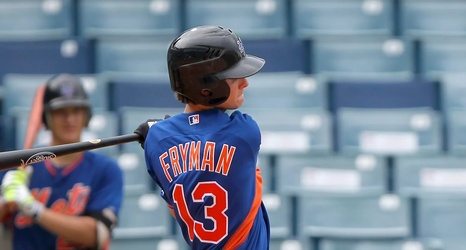 NO GAME (ALL STAR BREAK)

NO GAME (ALL STAR BREAK)

Four Met pitchers combined for a shutout in a 5-0 win over the Jupiter Hammerheads. Andrew Mitchell served as an opener with two innings of work, and Darwin Ramos followed with 2.2 scoreless innings to earn the win despite allowing six baserunners. Offensively, St. Lucie was driven by the bottom of its lineup; Manny Rodriguez went 2-for-3 with a walk, and Hansel Moreno launched a three-run home run in the fifth.

The Fireflies couldn’t make much contact in this one, striking out ten times en route to being shut out.