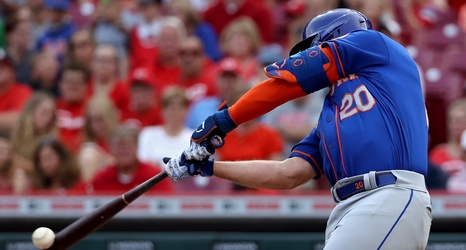 Michael Conforto connected twice, including a solo shot that capped a five-run outburst in the 11th as the NL East leaders finally put this one away and handed Cincinnati its fourth straight loss to open the second half.

New York shook off a season-high four errors — all in the first two innings.