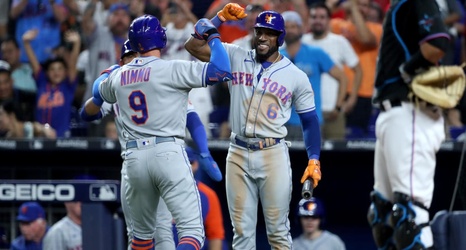 Nimmo finished with three RBIs from the leadoff spot and Marte was a double short of the cycle for the NL East leaders, who won their fourth straight and maintained a three-game lead over second-place Atlanta.

Pinch-hitter Eduardo Escobar reached on an infield single leading off the eighth against reliever Steven Okert (5-1) and advanced on Tomás Nido's sacrifice bunt.