Make it 14 wins in last 16 for Mets, as Lindor, McNeil and Carrasco lead charge in victory over Reds 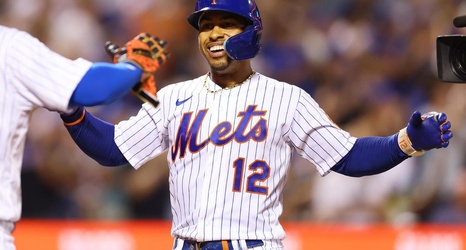 NEW YORK -- Francisco Lindor and Jeff McNeil both homered and drove in two runs, leading Carlos Carrasco and the streaking New York Mets past the Cincinnati Reds 6-2 on Tuesday night.

Carrasco (13-4) pitched into the seventh inning and struck out nine to win his fifth straight decision and tie for the National League lead in wins.

Lindor became the first Mets shortstop with multiple 20-homer seasons when he opened the scoring with a two-run shot in the third. He has scored at least one run in 12 straight games, the longest streak of his career and tied with Mookie Betts for the longest in the majors this season.