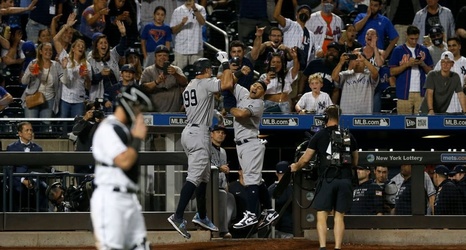 NEW YORK (AP) — Aaron Judge tied it with his second homer of the game in the eighth inning, Mets infielder Javier Báez gave away the lead with an error a few at-bats later and the New York Yankees beat their crosstown rival 8-7 at Citi Field on Saturday night following a stirring ceremony on the 20th anniversary of the 9/11 attacks.

The Yankees snapped a seven-game skid and ended a run of 11 losses in 13 games since a 13-game winning streak pushed them to the AL wild-card lead. They dropped into a tie with Toronto for the second wild card after the Blue Jays swept a doubleheader Saturday against Baltimore.