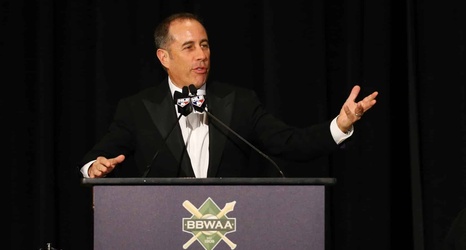 This past offseason, the New York Mets were going to execute a deal that would have billionaire hedge fund manager Steve Cohen increase his stake in the ballclub in order to become the majority owner. CEO Fred Wilpon and COO Jeff Wilpon were to retain their roles for the remaining five years, but the organization was to eventually head in another direction nonetheless.

That since has fallen through, as the Wilpon’s wanted to alter the terms of the deal. It’s now unclear what will happen with the team’s ownership for the longterm. A few names have floated around as potential and eventual owners though, including Alex Rodriguez and…Jerry Seinfeld?